“We found the topic of gender identity – addressed in this memoir about a person changing genders — to be timely. In the last few years, our culture has shown increasing openness to treating people the way they perceive themselves. We talked about how our gender as perceived by others usually reflects who we think we are.

“There was much discussion about how a husband could choose not to share with his wife something as crucial as his core identity. Because he had presented himself as a person with male identification when they married and had children, the author caught his wife unawares when he announced his plan to become a woman. He explains that he thought marriage would make him content to appear and act as a man, but in the end he didn’t feel he could continue as a man. His wife had based their marriage and her life expectations on his being a man. Now she was confronted with the reality of being married to a woman, without, it seemed, any say in the matter. The author didn’t seem to show a lot of regard for her life being turned upside down. We felt that when people enter into a partnership they should be honest with each other.”

“This book wasn’t liked by all group members, but it created quite a conversation. It is the story of a young woman brought on to work for the world’s largest tech company based in Northern California, and how she gets assimilated and becomes a major driver in the company’s efforts to change and ‘better’ the world, one social media user at a time.  We found the protagonist maddening at times and felt sorry for her at others. She was one-dimensional, with little emotional depth, easily manipulated by men, and had a limited attachment to sex – all qualities that made it obvious to us that this character was written by a man.

“The conversation really centered around the tech world and social media reaches and addiction and information accessibility.  Our members’ ages range from 20’s to 50’s, so it was very interesting to see the differences in how social media affected each of our lives and how we felt about its effects. This book is definitely timely and makes you think about your own social media presence. “

Paired With: Transparent items such as spring rolls, soup, jellied salad and champagne (related to a plot line in which the company’s goal is to make society transparent), and round items such as zucchini slices, blueberries, grapes, tomatoes, Ritz crackers, and Oreos (an homage to the Circle and the ultimate goal in the book of closing the Circle).

“We could not stop talking about this book! ‘Ice Cube’ is a memoir about growing up female in the Arctic bush (the author races sled dogs), but it’s also a meditation on fear, adventure, feminism, and violence. It’s smart, dryly hilarious, and full of the kind of elegant insights that leave you stunned, staring at the same page for an hour.

“Much of the book is about the author’s friendship with Arlid, the only shopkeeper in a seal-hunting village in Lapland. As their relationship deepens, we begin to glimpse the disturbing-yet-inspiring path that brought her to that village in the first place.”

Paired with: “We talked about Ice Cube over mugs of salted hot chocolate and open-faced sandwiches, which was just enough to give us a physical connection to the story without having to stand outside in a blizzard.”

“Station Eleven depicts a small band of actors and musicians – The Traveling Symphony — who survive after a flu pandemic destroys most of civilization. The main characters believe ‘survival is insufficient,’ meaning besides just surviving, they need art to live. Rather than looking for cans of food, the characters search closets for tuxedos and wedding dresses to make their productions of “A Midsummer Night’s Dream” or “Romeo and Juliet” more believable. Members of The Traveling Symphony have also created their own families. It’s a dystopian novel about hope, which we found unusual.”

“This memoir chronicles the journey of a young man from his birth in Ethiopia and adoption by Swedish parents, to becoming a three-star chef in America. Discussion topics included adoption, particularly international adoption (one member is an adoptee and another has adopted internationally), racism in the restaurant trade, the cutthroat nature of the restaurant business, Samuelsson’s vision for himself and the poor choices he made, and the very important role his Swedish adoptive parents and grandmother played in his life.

“Inspired by Yes, Chef, members and friends took a road trip to Harlem. We visited Samuelsson’s restaurant, The Red Rooster, named for a bar that was a Harlem treasure in its day. We all enjoyed lunch and were honored by Chef Samuelsson’s visit to our tables. We followed our lunch with a two-hour walking tour of Harlem. It was fascinating!”

“Our discussion touched on the struggles of the main character regarding all the dualities in his life: being Vietnamese and French, and being a communist posing as a nationalist. We enjoyed his work as a consultant for the filmmaking, and the irony of the story being told by the losers of the war (Americans) as though they had won it; the Vietnamese actors were given few speaking parts. We discussed the surprise at the end when it is finally disclosed who the commandant is. The last idea that we had trouble grasping was understanding the full meaning of ‘nothing.’ Most of our members really liked the book and we all were glad we read it.”

Paired With: “We met at a Thai Restaurant and for dessert shared a fabulous banana cheesecake with vanilla ice cream. Banana and curry are used a lot in Thai and Cambodian cooking. We thought that might be close enough given we don’t have a Vietnamese restaurant in our area.”

“Since we live in Missoula, we thought we ought to know what this was about. A recent case of a football player at the University of Montana, and a young woman who filed rape charges against him, is what Krakauer said led to his investigation of the topic. The young man was found not guilty when tried locally, but guilty by the university. That alone was a discussion.

“The book is divided into several cases, among them a gang rape, dorm rape, and acquaintance rape. Our discussion centered on the role alcohol played in the rape situations. It seemed to be the center of most of the problems – attack, consent, advantages taken. Who is to educate both the men and women as to the role that alcohol plays when it comes to sexual control? We also discussed the responsibility of the universities — Do they have people and remedies for rape victims to help them cope? Are they prosecuting without blaming the alleged victim? What processes do they have in place if the alleged rape occurs off campus?  Are athletes given special treatment? Are investigations timely? Do the universities foster a drinking atmosphere? – as well as treatment of victims, biases of the legal system, and many more topics. An eye-opener for sure.

“Our group decided this book should be required reading for all college freshmen! Students need to be aware of what constitutes rape and what situations can lead to problems. They also need to know how courts handle rape cases. Rape is adjudicated on campus differently from the local courts. Something we learned!”

“This novel tells two stories: one of Sara de Vos, a 17th-century painter in Amsterdam, and the other of Ellie Shipley, also an artist but working as a painting restorer, and Marty de Groot, the owner of a painting by Sara de Vos. The story of Ellie and Marty takes place during the 20th century, beginning during the 1950s in New York, then skipping to Australia in 2000. We move around among these three periods–the 1600s, the 1950s, and 2000—throughout the book.

“The question of how Marty and Ellie each wronged the other generated some discussion. The group also agreed that, while the device of skipping from one story to another and among three time periods can be difficult to pull off, Dominic Smith did it very effectively. We loved the stories from all three periods.”

“This novel about the daughter of a Danish mother and a black G.I., who becomes the sole survivor of a family tragedy, was a hit. I nominated the book because of the ethnically diverse characters, excellent writing, and the fact that I’ve met the author and really like her. Everyone loved the book.

“Being the only Black American in three of my four book groups, I’ve noticed that is often hard for these groups to discuss racially sensitive topics for fear of being perceived as politically incorrect or insensitive. Having said that, it appeared that it was easy for almost all of our members to relate to this story. We tried to adhere to the book group questions, but most of our discussion centered on racial identity and fitting in. The latter was something that everyone could relate to in some manner.”

“This historical fiction focuses on Ann Eliza Young, who has separated from her powerful husband, Brigham Young, prophet and leader of the Mormon Church. There is a parallel story line, a present-day mystery about a woman in a Mormon fundamentalist sect accused of murdering her husband. We compared the two stories and it prompted a discussion of the early history of Mormonism —When and why did it change? This generated LOTS of conversation!” 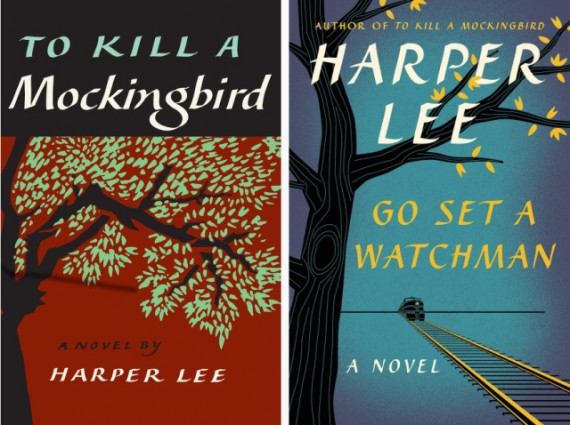 “We enjoyed comparing the two books. The consensus was that Go Set a Watchman was a first draft of ‘Mockingbird’. One of the twelve members liked ‘Watchman’ better, but others thought that it would not have become the classic that ‘Mockingbird’ was, although the complexity of the issues, with former “Mammies” wanting to dis-associate from their former charges was probably more true to the actual complexities of the South then and now.

“We noted the very limited opportunities for even feisty young women like Scout, and compared the segregation and white male ‘superiority’ with the position of the Native Americans here in Northwest Washington. We talked about the long, long process of bringing a fiction book/memoir to fruition and compared the organization of the two books and common passages the books shared.

“We have a range of ‘seriousness’ among our readers and this pairing seemed to satisfy the gamut of expectations. No one complained about having to read two books and they were short enough to read concurrently.”

Paired with: Coleslaw, Southern and gluten-free corn bread, red beans and rice, and a sweet potato pie with a pecan crust.

Book Babes: “The story takes the reader on a journey through India, sharing a new world of spices, flavors and traditions through the eyes of Meena who is loosely based on the author herself.  Cleverly woven into the story are traditional recipes from the author’s childhood.  The recipes were interesting, healthy, often with new ingredients to use, and well tested.  Each member of our club made a different dish for our discussion and all turned out wonderfully.  The meal we shared was vibrant in color and oh, so delicious. Our meeting for My Mother’s Kitchen is hands down, one of our club’s favorite meetings.

“Our discussion included favorite recipes that are passed down for many generations and experimenting with Indian cooking.”

Wildhorse Book Club: “The writing is effortless and descriptive, bringing to life the flavors, smells and traditions of Indian cooking. Your mouth will be watering!

“We were lucky enough to have the author at the meeting and the members asked her about the writing process, and how she got the book published. She also discussed how the book compares to her real life, as it’s semi-autobiographical.”

Get news from The Book Club Cookbook in your inbox.