promised a great opportunity to test a pie from the past. Over twenty bloggers swapped pie recipes from pre-1990 cookbooks for the event.  We received “Almost a Pie” from a 1978 Weight Watchers Hot Stuff Recipe pamphlet from Mimi at Once Upon a Salad.

Combining eggs, milk, and bread in the blender along with artificial sweetener and diet margarine did not seem promising, even with some extracts and nutmeg for flavoring.  One of the bloggers had mentioned she would be choosing her recipe with an “evil laugh”  — was this her recipe?

And… where was the crust? Were we missing part of the recipe? We contacted Dinner is Served 1972 for her opinion.
“Maybe the

bread that’s included just MAGICALLY makes a crust, ” she ventured. We were hopeful for a exciting chemical reaction in the oven, and feeling slightly more optimistic.

But, no crust magically appeared, and Almost a Pie was not even nearly, practically or virtually a pie!

It was reminiscent of a bread pudding or a cake, but not a pie. The texture was strange, even for any of the above dessert categories, and the flavor was unappealing. We’re not sure what Weight Watchers had in mind in creating a “pie-like” low calorie dessert (or if Almost a Pie is even low calorie).

It was also offputting that the instructions called for spraying the pan with a release agent, which sounded dangerous (definition: “agents that act as bond breakers for concrete”).

Still, the chance to test a recipe was fun, and we look forward to seeing fellow Pieathletes’ recipes! 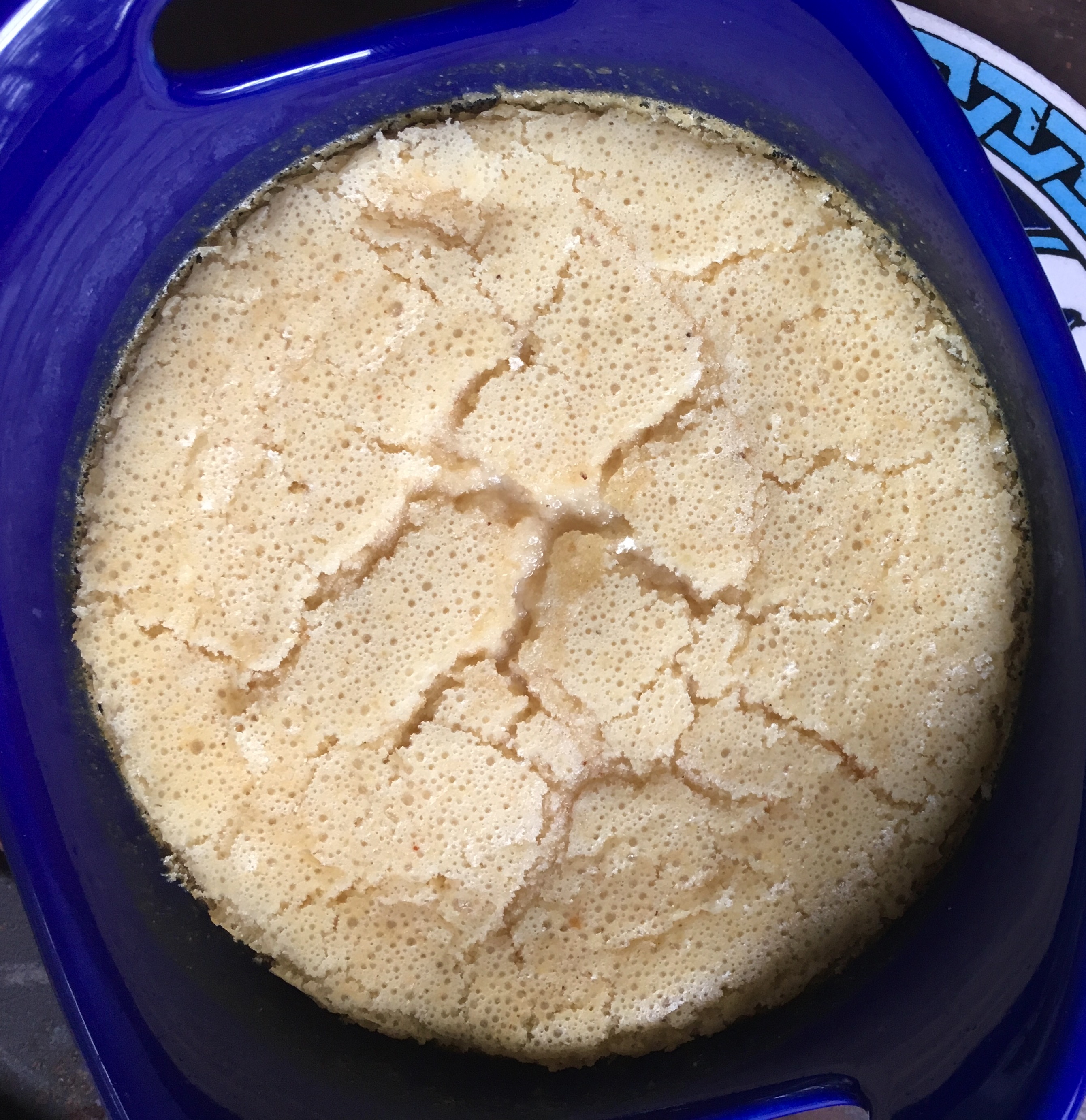 Almost a Pie from a Weight Watchers Pamphlet, a recipe for Dinner is Served 1972's Pieathalon, where bloggers trade recipes from vintage cookbooks.

In a blender container, place ingredients in order given except nutmeg.

Start blender, count slowly to 10. Turn off blender. Pour mixture into 9" pie dish which has been sprayed with release agent.

Sprinkle with nutmeg. Bake at 350F for 40 minutes.