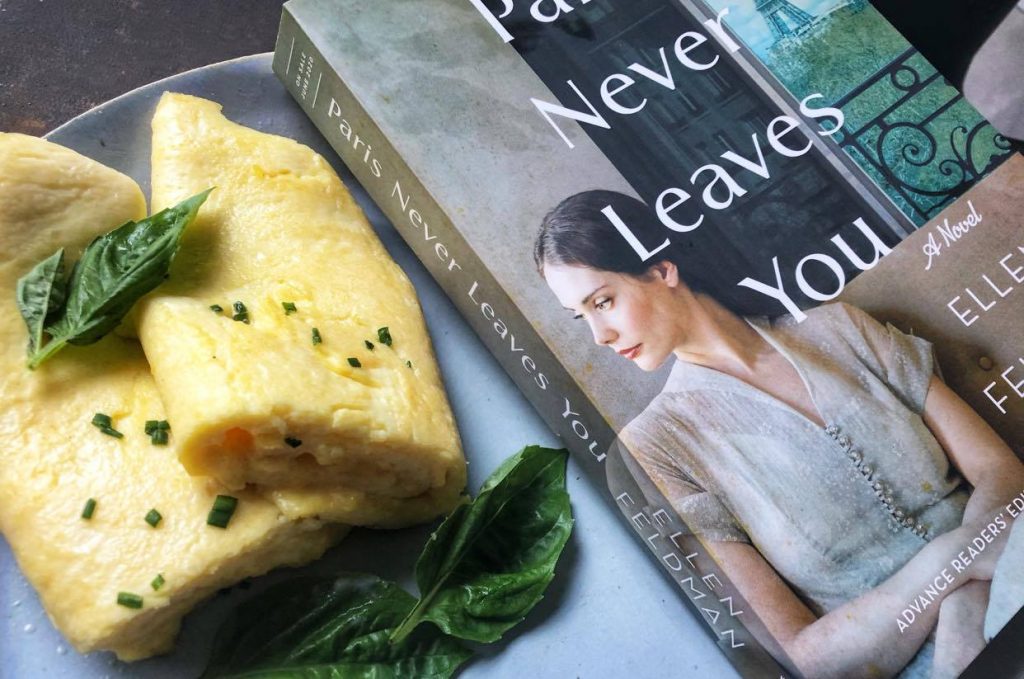 Food plays a unique role in my novel, Paris Never Leaves You, not only for its intrinsic appeal but as an expression of

Vivi’s search for her identity and the conflict between Charlotte’s past in Paris and their current life in New York. At one point, Vivi muses about the culinary dichotomy of her two worlds.

“At Aunt Hannah’s she had the kind of dinners she had at her friends’ houses.  A lamb chop or hamburger, green beans, and a baked potato.  She liked her mother’s cooking, but she knew her friends thought having an omelette for dinner was weird, and more than once when they’d come for supper she’d seen them trying to hide uneaten mushrooms on their plates.”

One day Charlotte comes home from work to find that Vivi has been baking with their neighbor, Hannah, and again the difference between Charlotte’s past in Paris and Vivi’s life in New York becomes evident. Brownies are Vivi’s favorite, Hannah tells Charlotte.

“Since when?” Charlotte asked without thinking. The last she’d heard her daughter was partial to macarons and biscotti, but then she hadn’t made either in a while. By the time she got home from work, she had all she could do to get dinner on the table. Besides, what teenage palate isn’t more attuned to a gooey brownie than an austere biscotti?” And then there’s the cassoulet, an elaborate multi-ingredient time-consuming dish, that Charlotte makes on weekends in order to have dinner to heat up during the week for her and Vivi.